Placenta Recordings, out of Detroit, Michigan, is working with NECRONOMIDOL to bring their last full length album to you in cassette form. This one sort of snuck up on me, I had an impression that something might be in the works but not that it was this.

This was originally released back in September of 2018 and I have already written about it a few times. Here is an article on my initial impressions on the release: Impression: NECRONOMIDOL – VOIDHYMN.

As for the cassette release, here are the particulars.

This release will be limited to 100 copies on translucent purple cassettes (only 50 available from Placenta Recordings, I assume the rest will be sent to Japan) 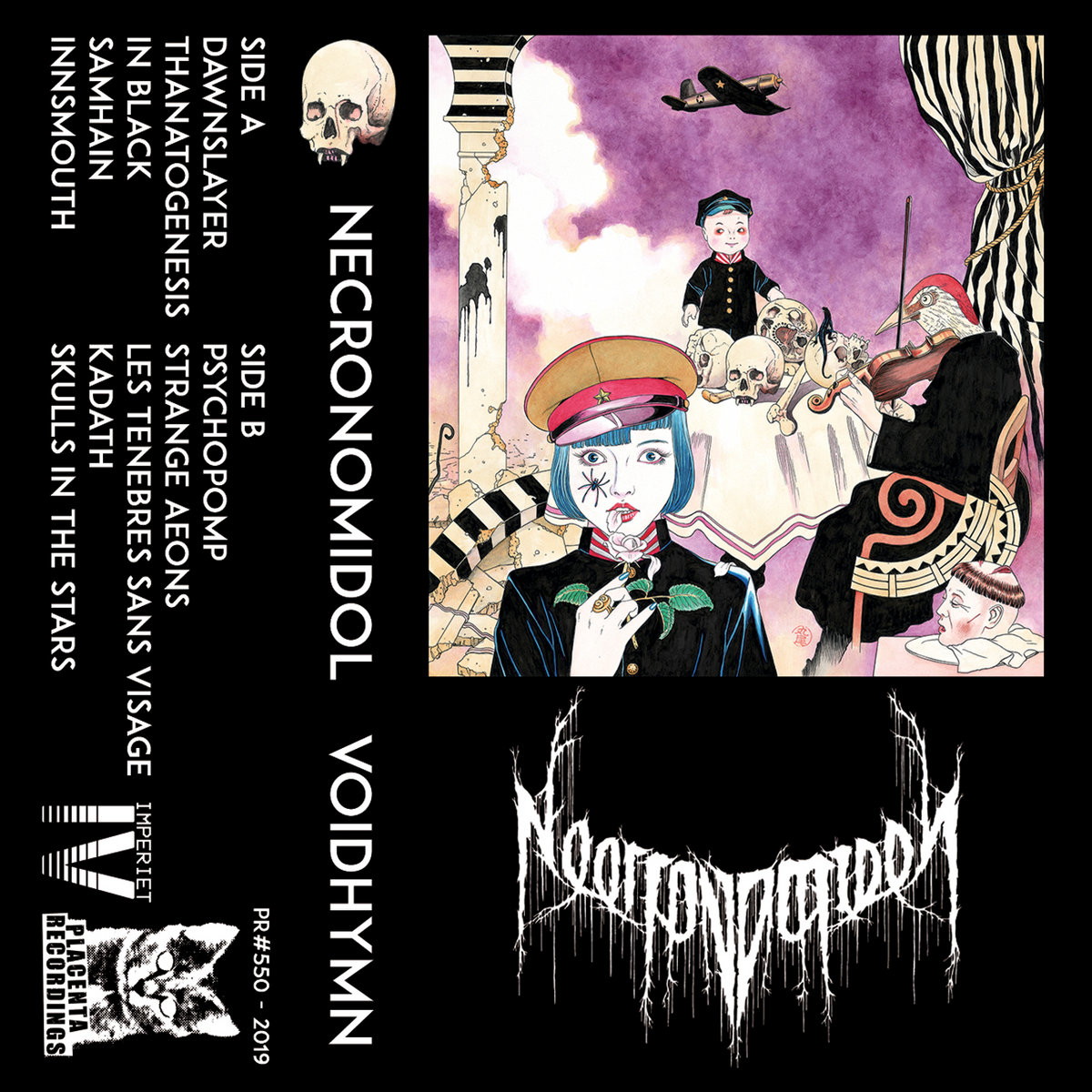 This site uses Akismet to reduce spam. Learn how your comment data is processed.

What better way to support your favorite alt idols than to buy their stuff?